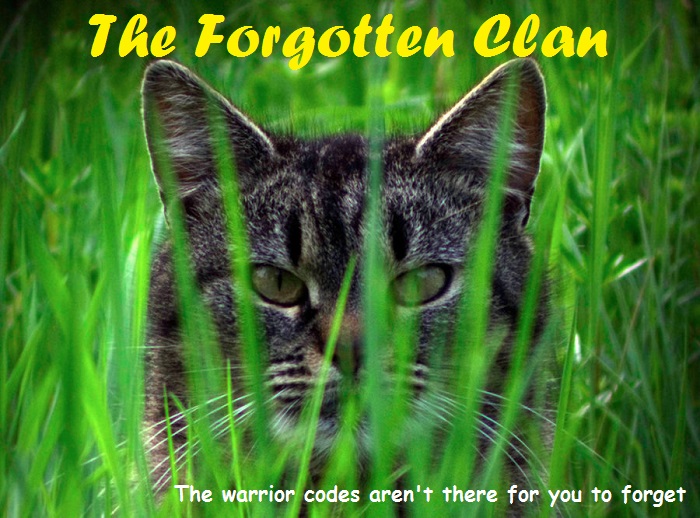 The Barn Lost in Time

The Barn Lost in Time

There's an abandoned barn in the middle of loner territory. It has been deserted by the two-leggeds for more than 27 moons, and the prey here is overflowing. Loner cats hunt here for the plump mice usually found inside the interior of its faded painted walls.

Vixen, a multi-colored shades of brown pelted she-cat with amber-like eyes padded until she spotted the barn in the distance. Ever since her heart broke due to the tragedies of her closest cats' deaths, she had been alone, keeping her past only to herself. She usually tried to avoid other loners, for they always asked her questions, mostly ones she didn't feel comfortable answering. But since she heard from another loner that this abandoned barn was a hot-spot for finding prey to hunt, she could either avoid the loners hunting there already with an empty stomach, or tolerate company while getting a bite to eat. The she-cat finally decided to tolerate the other loners there, if any, and hunt for food, since her mate no longer was beside her to feed her. Here I go, she thought to herself as she entered a huge hole in the one side of the barn. 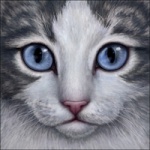 A she-cat of multiple colors strode along the forest trail. A kitten marked with a star padded close behind. Every now and then the she-cat would glance back at him. She rolled her eyes with a sigh of relief. It has been many moons since she has fled the "clan" with Star by her side and found a nice barn to survive in. She scented the air. "Seems we might have a newcomer to the barn. We should quicken our current pace to give the cat a friendly greeting before they leave. But if they wish to harm then we should fight for our barn. Ok?" Star nodded. The barn soon was five fox lengths away from their current position.
_________________
I love my freedom
Don't take it away
I love my son
Please, don't take him away
I have another half
Don't tear me away from her
I have a new family
Don't detach me from them
I am me
Please, don't make me change

Vixen was unaware that cats already claimed the barn as their own, so she quickly started working on finding some plump mice. In the dead straw left on the one side of the barn, she found a huge mouse nest. The she-cat quickly found some baby mice within the straw and didn't hesitate on sparing their lives. The loner chewed up the baby mice and then came out from under the straw. The she-cat was about to try and find the parents of the tasty morsels before she stopped in her tracks. The wind had changed and was now blowing in the opposite direction it had before. As an unknown scent of cats hit her nostrils, she started to stand her ground. "If they come here, I have no choice but to defend myself, and perhaps even mark this barn as my own." she mewed to herself.

Gemini and Star entered the barn. I have forgotten to mention that they have been on the search for any new loners that are looking for a home. Gemini planted her paws firmly in the ground. She claws were sheathed for she didn't want to pose a threat. Her multi colored eyes watching the she-cat closely. "I presume that you are intending on harming us if we chose to chase you out of the barn. But yet I shall not engage in a such foul activity involving bloodshed." She stated clearly. Star peered behind her and smiled. "As you can see so far we pose no threat to your well being and wish of it not."
_________________
I love my freedom
Don't take it away
I love my son
Please, don't take him away
I have another half
Don't tear me away from her
I have a new family
Don't detach me from them
I am me
Please, don't make me change

Vixen hissed in warning. "You have no idea what I have gone through, I was hoping I could make this my home, but I see you two have already found it. Why would I do such a foolish thing such as bloodshed, I have seen enough bloodshed in my life. I've lost my mate, my parents, and my siblings in less than a week. I had to fight three fellow loners just to get here!" she yowled angrily, her fur bristled. Her claws were out and she stood her ground firmly. She did notice the young cat behind the other she-cat, and she hissed at Star as the other cat peered out at her.

"And yet you leap to a conclusion. I can imagine what you have went through. As a matter in fact I have face quite the same event. I lost my mother and siblings to my father. I like you had to fight in order to reach my current status." Gemini mewed with a hint of hurt in her voice after having to remember the painful memories. "As you can see we relate. And if you wish you could still live here in the barn. Oh and I am Gemini and this is Star. We will leave you to decide your decision. Also there is no need for you tell me your plans or anything of your business. I respect your privacy." With that Gemini and star jumped on a pile of haystacks an into the hayloft above.
_________________
I love my freedom
Don't take it away
I love my son
Please, don't take him away
I have another half
Don't tear me away from her
I have a new family
Don't detach me from them
I am me
Please, don't make me change

Vixen's fur relaxed as the two cats didn't seem to be interested in fighting. The she-cat made her claws go back in before she cautiously followed the two cats. "I'm sorry I acted so savage. It's just, I didn't know if you would attack me or not. But now I see you won't, and I will be ready to leave by tomorrow." she mewed softly. The brown and white she-cat sat down a fair distance away from the two she-cats so not to act as a threat. "My name is Vixen." she yowled before she lied down, facing away from them.

Gemini sat down and looked at her. "Why leave? You could always remain here. We could use some more friends in the barn,"She let out a quiet yawn and shook her head,"Well I don't want to pressure you or force you to change your decision." Gemini let out one more tired yawn before closing her eyes and drifting to sleep. "Night, Vixen!" Star mewed before leaping onto Gemini's side, causing her to groan. He curled up next to his mother and fell asleep with her.
_________________
I love my freedom
Don't take it away
I love my son
Please, don't take him away
I have another half
Don't tear me away from her
I have a new family
Don't detach me from them
I am me
Please, don't make me change

Vixen flicked her tail in acknowledgement, but she didn't say anything in response. Her amber eyes began to water as she took Gemini's words to heart. Should I stay? They do sound like really nice cats.......but then again........so was my mate before that rabid dog bit him, causing him to kill my whole family, she thought, the she-cat closing her eyes as if it caused her pain just remembering it. The brown and white she-cat whimpered softly, hoping one of them wouldn't hear it. She then closed her eyes and started to drift off to sleep as well.

Tendrils of sunlight seeped through the cracks of the wood planks into the barn. Star slept peacefully against Geminis flank. Gemini awake and alert watched the entrance carefully. She had almost nearly forgotten about their visitor. She glanced down at Star, licked is forehead, and slithered out, quickly replacing herself with a clump of hay. Gemini leaped of the hay bale and landed softly on the dusty floor. She looked towards Vixen and smiled. She quietly sneaked out of the barn and padded off into the field. Maybe I could get some hunting in and bring back some prey for Star and Vixen. She smiled to herself and scented the air, catching trail of a squirrel and tracking it down.
_________________
I love my freedom
Don't take it away
I love my son
Please, don't take him away
I have another half
Don't tear me away from her
I have a new family
Don't detach me from them
I am me
Please, don't make me change

Page 1 of 1
Permissions in this forum:
You cannot reply to topics in this forum
Log in
Who is online?
In total there are 2 users online :: 0 Registered, 0 Hidden and 2 Guests